Earliest Cultural Significance
Japan is also known as the Island of the Dragonfly which in Japanese is  Akitsushima.  Akitsu is an older version of  tombo, the Japanese word for dragonfly, and shima stands for island.  There are several similar versions of a legend of how this name came to be,  all starting with the same central character- a divine emperor said to be the first in Japan by the name of Jimnu. In all versions of this ancient tale this divine ruler sits atop a very high mountain and as he looks down upon the islands of Japan  he sees an image that brings to  mind the  dragonfly or tombo. From here the iterations of the tale diverge: in one version the image of the island in conjunction with the nearby continent looks to him like two dragonflies mating, in another version  the islands are like a dragonfly curled on itself to lick its own tail, and in yet another version the islands call to mind the shape of a circle of dragonflies in flight. You can decide for yourself which makes the most sense by looking at the images below: 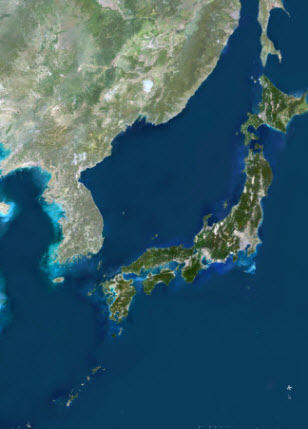 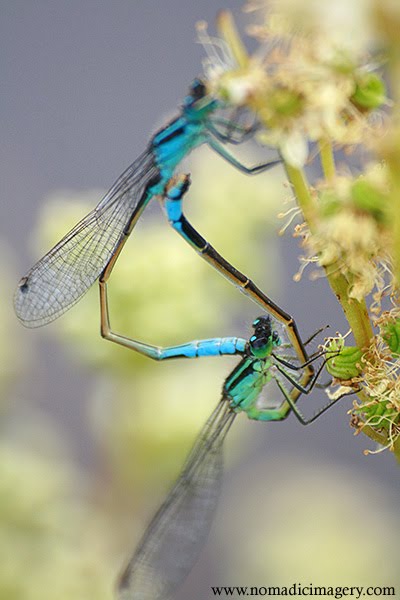 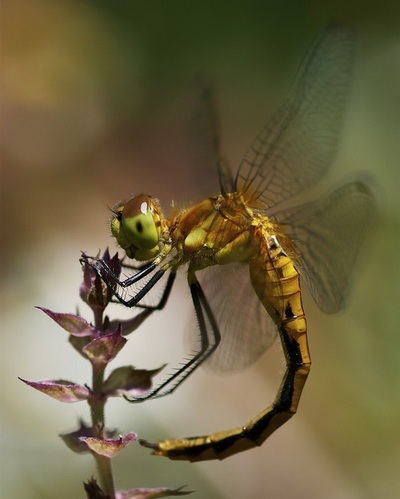 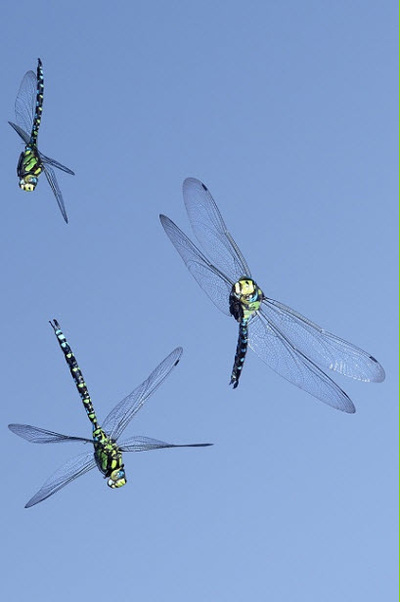 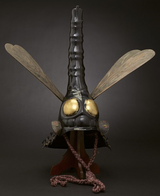 Exotic Dragonfly Helmet
This Dragon-fly  shaped helmet was made in Japan in the 17th century. Embellishments such as this
were used by high-ranking lords so they could be easily located on the battlefield. Hilts of swords and arrow quivers were also commonly emblazoned with the image of the fearless, swift and courageous dragonfly.
In Japan the dragonfly is  known as the "victory insect",  or kachimushi,  because of its hunting prowess and also because it is known to never retreat.  Dragonflies are agile and fast fliers and can even hover, but never fly backwards.
There is another Japanese legend that further explains the victorious and good fortune  beliefs associated with the dragonfly. In this tale the 21st emperor, Yuryaka Tenvo had a horsefly bite him on the arm while out hunting. Before anymore harm could come to him, a dragonfly swooped down and captured the offending bug.
This so impressed and pleased the emperor that he renamed the region Akitsu-no (Dragonfly Plain) in honor of his rescuer.
Modern Cultural Significance 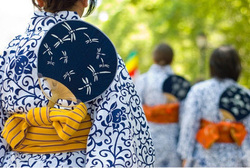 One of Japans staple crops is rice which requires the same water habitat of the dragonfly.  Therefore the dragonfly is often associated with the rice paddies of Japan and with that the nostalgia of growing up in a farming community tied to the land.
This nostalgia is represented in the inclusion of the dragonfly image in many forms in Japanese art such as the poem/song presented on this site as well as in paintings, and on pottery and fabrics as shown in the photos below. In addition to the nostalgia represented by the dragonfly there is also a folk belief that the tombo is the soul of a departed ancestor come back to visit their loved ones. The summer festival of Obon celebrates this sacred event as depicted in the photo to the left. 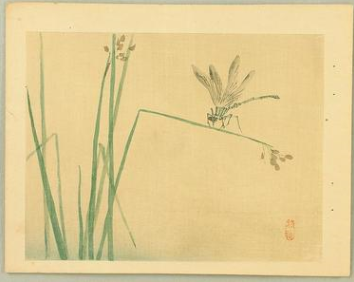 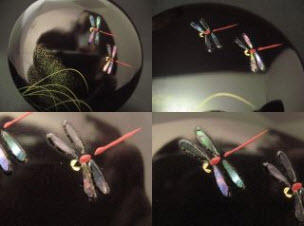 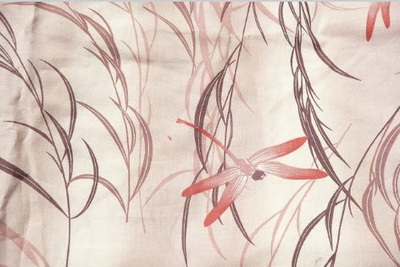